TORRO comprises nearly 400 members in the United Kingdom and others from around the world, from amateurs to professional meteorologists, and almost 30 staff. TORRO maintains a large storm spotter network throughout the British Isles and collects and records reports of severe weather.

Tornadoes in the UK are classified using the T-scale. TORRO has also developed a hailstorm intensity scale.[1]

TORRO publishes the semi-professional periodical the International Journal of Meteorology (IJMet) which is composed of a mixture of academic and amateur articles.

The 12 categories for the TORRO scale are listed below, in order of increasing intensity. Although the wind speeds and photographic damage examples are updated, which are more or less still accurate. However, for the actual TORRO scale in practice, damage indicators (the type of structure which has been damaged) are predominately used in determining the tornado intensity. 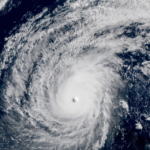